Inconveniently for database and software designers, input data is almost never organized the same way as their ad hoc schema. Furthermore, input data usually varies in format over time, as users decide to include more or fewer fields, when personnel changes or software updates cause confusion in data extract procedures, or when new systems are added to the input -- or for a host of other reasons.

Consider the problem of input data that changes over time. Here is the typical issue, diagrammed out as solved by Spendata. 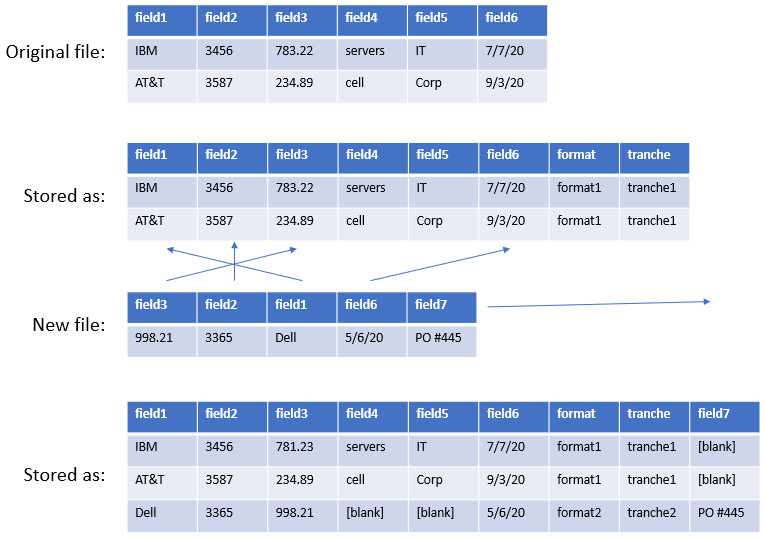 In the diagram above, Spendata created an input format ("format1") for the original file ("tranche1"). When a new file of a different format is loaded, the user is provided with a dialog that matches the new fields to the existing fields. The dialog provides for visual matching of fields as well as automatic matching by field name. If desired, the user appends new fields that are missing from the original format, and the system populates those new fields (missing in the original data) with blanks. Spendata then creates a new input format for these records ("format2") that can be used subsequently when new data appears in that format.

This functionality covers most of the cases commonly encountered. It does not, however, cover the case of data that requires more complex transformations before it can be merged with existing data. We'll discuss that in a subsequent post.